DiCaprio Won’t Play Turing — Who Will?

News outlets are reporting (for instance here and here) that Leonardo DiCaprio is not going to play Alan Turing after all, and as a result Warner Brothers has allowed its option on the script of the Turing biopic The Imitation Game to lapse despite the fact that they paid a seven-figure sum for the option in October of last year.

See our previous post Turing Goes to Hollywood! to get background on the movie.

That doesn’t mean the project’s dead, though. J Blakeson, whose directorial  debut was the highly-regarded twisty thriller The Disappearance of Alice Creed (trailer below), is still attached to direct and will reportedly be shopping the feature to other studios. 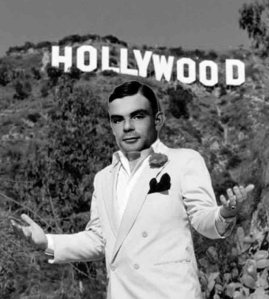 Alan Turing adjusts to life in Hollywood after learning of a biopic to be based on his life.

Now, I like Leonardo DiCaprio, and certainly the possibility that he would star might have helped ensure that the film got made, but his departure may not be a bad thing.

As long as The Imitation Game still hits the screen, not having DiCaprio may be a plus. I don’t doubt that he’d have done a good job, but I do worry that people (including me) might have had difficulty forgetting that that guy up there on the screen was DiCaprio and just being absorbed in the story.

For a biopic — especially of a figure who doesn’t have a strong, pre-established presence in the public mind — it may well be better to use an actor whose fame won’t intrude on the film’s main subject. Suggestions anyone? Email me at nas@nassauhedron.com or post your nomination in the comments, below.

So will the movie get made now that it’s lost DiCaprio’s star power?

It can’t hurt to have a strong script, and The Imitation Game screenplay was at the top of  last year’s Black List, the annual collection of best un-produced screenplays. The Black List site is here and you can see a PDF of the 2011 list here.

On the other hand, in Hollywood a great script is no guarantee. We’ll post more news as it becomes available.

As we noted in our previous post about the upcoming biopic, there is already a film short related to Turing called The Imitation Game. You can watch it below.

This entry was posted in Uncategorized. Bookmark the permalink.

1 Response to DiCaprio Won’t Play Turing — Who Will?